Guardian of the Veil

"I will journey to the lands beyond. I do not fear them."

As a young girl in Nigeria, Akachi stayed apart from other children, preferring the company of imaginary friends. Her elders feared madness, but the village dibia believed that she had been chosen by the gods. The wise old man taught her how to travel between worlds and how to marshal spirits. Now, she has become a wise leader herself, traveling across Africa and teaching others to protect themselves. She's recently arrived in Cape Town and from here, she will track down the dark forces that threaten humanity.

By the time you find Akachi, she's slipped into a coma. Doctors aren't certain if she will recover. Gain all of her possessions. The hospital staff has grown very fond of her, and you try to convince them to tell you what she said to them while she was conscious (

). If you pass, you hear many stories; retreat Doom by 1. If you fail, you can't get anyone to share Akachi's story with you. Whether you pass or not, discard her investigator token.

Akachi's mind has left this world and she no longer has interest in material goods. Gain all of her possessions. An Odinani man gives you a bitter drink to help you reach her. After you drink it, you are assaulted by nightmarish visions, but you force yourself to keep searching for her (

). If you pass, you hear Akachi's voice sharing all she's learned; retreat Doom by 1. If you fail, you curl up in a corner until the drink wears off. Whether you pass or not, discard her investigator token.

Akachi centers around the closing of gates. Since her passive ability allows her to move instantly from one gate to the next, she has some freedom early game to train stats or gain spells. A good first move is to send her to Shanghai to improve lore, so her casts of Mists of Releh succeed more often.

Her high will can help her against Monsters with high horror checks, so she can very easily be built for combat encounters. Note that she is vulnerable to taking health damage from monsters, so make sure you have a backup plan if Mists fails to cast. 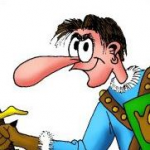