An Epic Monster is similar to a normal monster, but will never spawn randomly, and will only occur when spawned specifically through a Special Encounter, a Mystery, as part of a Reckoning effect, or if the Ancient One awakens.

Epic Monsters are treated like Monsters for all effects except as described below: 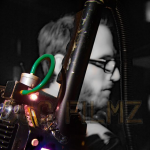